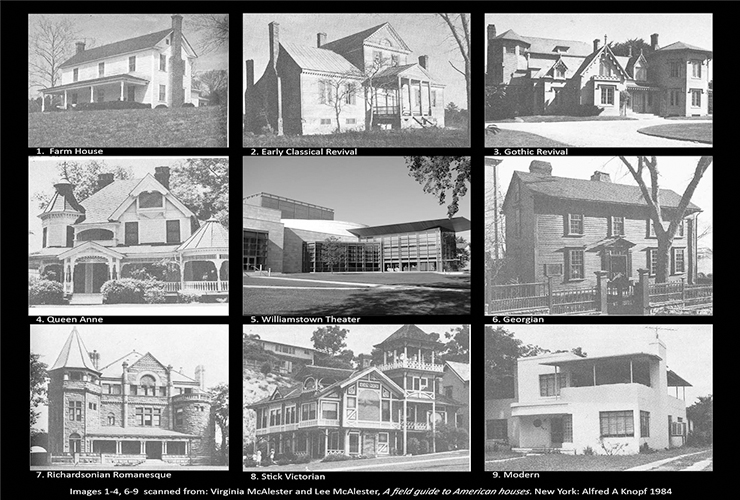 WHERE DO YOU SEE BEAUTY?​

We enjoyed a great weekend in Williamstown, MA. We played golf in the mornings, went to museums in the afternoons, and went to the theater in the evenings. It was fantastic!

As we drove down the main drag, also known as Route 2, Williams College, various churches, and private homes are set back but visible from the road. We noticed that this little stretch of real estate is a mini history of American architecture, that reflect the popular architectural styles of their eras. Here’s what we saw:

Okay, I didn’t see a building on this particular stretch of Route 2 that is a typical Craftsman style from the early 20th century, or a ranch house from the mid-20th century (although we did see a 1940’s style two story house). As might be expected, we didn’t see any ‘brutalist” buildings of the 1970’s.

Each of these buildings may not be the best example of its era, but they all help me imagine what life was like in their time, what the designers were hoping to communicate to the public or to their owners, and how the town has evolved over time. I find it fascinating how the buildings of such different styles talk to or ignore each other.

People ask me what my favorite architectural style is. I answer that I can find beauty in all of them!

The architectural richness of the buildings combined with the gorgeous Massachusetts tree-covered mountains that surround Williamstown make this particular stretch of Route 2 worth visiting…especially in the summer or fall. It’s only a 3 hour drive out Route 2 from Boston, and you get the opportunity to see a permanent “exhibit” of the history of architecture!

Would you like to take a walking tour of the architecture of Boston or Miami? Give us a call. Maybe we’ll learn about where you find beauty.